A “Web Video Text Track” file, also known as WebVTT (.vtt), is a popular subtitle and caption file format – but did you know you can write them yourself?

WebVTT was created in 2010 by the Web Hypertext Application Technology Working Group (WHATWG) to support text tracks in HTML5. WebVTT was broadly based on the SupRip format, another popular caption format, and was even called WebSRT with the same .srt file extension. Later, it was renamed WebVTT and introduced with the tag for HTML5. 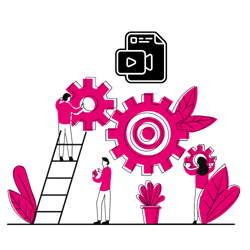 Common platforms that use WebVTT are:

Ready to start writing your own WebVTT files? Fill out the form to download our step-by-step guide 👉